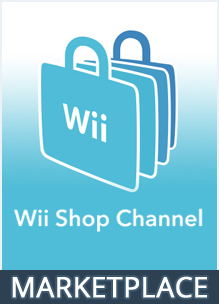 Nintendo Support announced on September 29th, 2017 a roadmap that would lead to the end of service for the Wii Shop Channel on the Nintendo Wii and Wii U. The first milestone would be March 25th, 2018, the last day to purchase points or redeem points cards on the Nintendo Wii Shop channel. Just ten months later on January 30th, 2019 the ability to purchase WiiWare titles, Virtual Console games, and Wii Channels would be removed.

The notice went on to state that at an undisclosed time in the future the ability to redownload this content or transfer it to a Wii U would also be suspended. On a related support FAQ page Nintendo provided the following answer to the question “why is Nintendo no longer supporting the Wii Shop Channel?”

As of our recording in May of 2017, there were 397 Virtual Console games and 365 WiiWare titles available for sale on the Wii Shop Channel in North America. Due to earlier delistings, these counts do not represent the total number of games and apps released on the Nintendo Wii since its launch, only how many were still on sale in North America as of May 2017.

We have previously posted over 40 individual delisted Nintendo Wii titles but for the time being no more game pages will be added. Rather, the lists below will link to our existing game pages with the table below that to the respective Wikipedia pages.