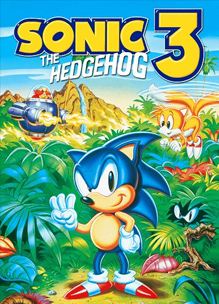 Sonic the Hedgehog 3 was initially delisted on Nintendo Wii no later than January 30th, 2019 when the Nintendo Wii Shop Channel and Virtual Console services were shut down.

Sonic and Tails are back for another adventure in Sonic The Hedgehog 3 as they again battle the evil Dr. Eggman (aka Dr. Robotnik), who is desperately trying to collect all the Chaos Emeralds in order to rebuild his Death Egg. Our heroes must find the Chaos Emeralds before Dr. Eggman does, but winning the race won’t be easy.

A new adversary, Knuckles the Echidna, has arrived on the scene and will do whatever he can to keep Sonic and Tails from reaching their goal. Grab all the golden rings, find various bonus zones, and overcome Knuckles and Dr. Eggman as you rocket through the third chapter in Sonic’s adventures.