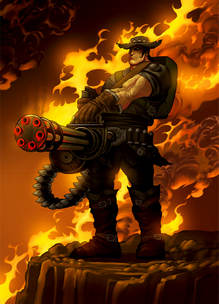 Dracula: Undead Awakening has been delisted worldwide from the PlayStation Portable and in Europe and Australia from the Nintendo DSi (3DS eShop). At the latest, the game would have been delisted when the Nintendo Wii Shop Channel was shut down on January 30th, 2019, although it may have been removed prior to this date.

On both Nintendo’s and Electronic Art’s support pages, the game is included in titles affected by the 2014 shutdown of GameSpy. Although Dracula: Undead Awakening is a single-player game it apparently had some connection to GameSpy services for high score tracking or perhaps simply player analytics. It is uncertain if the discontinuation of GameSpy caused the game’s removal in 2014 or if it remained available for some time after.

It is also possible that EA’s purchase of Chillingo in 2010 could be the cause for the delisting. The game might have been delisted shortly after release or within 3-5 years as is typical with digital games of this era. It is hard to be certain as the game remains available in 2020 exclusively on the Nintendo 3DS in North America.

“Become a Vampire Hunter and fight legions of undead foes including zombies, vampires and werewolves. Wield an arsenal of explosive weaponry such as machine Guns, Buzz-Saws and Flamethrowers. Then choose unique weapon upgrades and new abilities as your enemies increase in number and ferocity. You are a tough customer but beware – Lord Dracula is always on the hunt and you are his prey!“