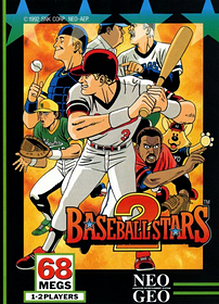 GOG.com team then announced on June 8th, 2020 that both Art of Fighting 2 and Baseball Stars 2 would be delisted on Tuesday June 9th by 2pm UTC. As is usually the case, anyone who had previously purchased the games is still able to download and play them.

The cause for the GOG.com delisting is uncertain. SNK and Hamster Corporation have released newer versions of these games on consoles which may be a factor, although there are several other Neo Geo titles still on GOG.com with similar re-releases available. It is expected that more of these older releases on GOG.com will be delisted in the near future.

“Lace up your cleats, and step onto the diamond with the pros of “BASEBALL STARS 2” on GOG! You’ll find everything you’d expect in a classic game of baseball, but with an arcade feel and intense action that distinguishes it from the pack.“