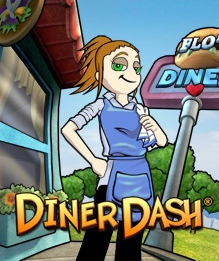 Diner Dash was delisted from Xbox 360 on April 14th, 2011. It was likely delisted from PlayStation 3 and Nintendo Wii around this time. The console versions of Diner Dash were published by Hudson Soft/Hudson Entertainment which would be merged with Konami in March of 2012. The delistings are likely due to this merger or the expiration of licensing from PlayFirst.

“Diner Dash®, the number one PC time-management game has landed onto Xbox LIVE®! Guide Flo, a former office-worker turned restaurateur, as she builds up her diner empire. Go online and face players in head to head matches to see who’s the best Flo. Join up with a friend or another player online for a Team Dash game where your team takes on six other players to see whose diner is the best in town.“

Fresh look: Fresh looks are the special of the day, as Flo, her customers, and her restaurants come to life in three dimensions and in high definition graphics.

Fast action: Take on all the different diners with 10 levels in each. Seat patrons, take their order, deliver their food, take their payment, and bus their table as efficiently as possible within the time limit allowed. Your customers will lose patience and leave if they aren’t satisfied. Remember, service with a smile!

Pick up and play: Two all-new control schemes are designed specifically for your controller, a point and click style with hotkeys, and an arcade style where you directly control Flo as she runs around.

Multiplayer: Hop online for some brand-new eight-person multiplayer in Team Dash Mode, and 1-on-1 in Head to Head Mode!