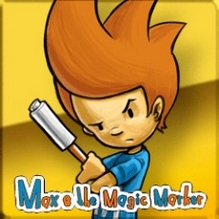 Max & the Magic Marker was delisted from Steam no later than August of 2015. This is the month when its availability was brought into question on the game’s Steam Community forum. However, it may have been delisted as early as 2012 after the announcement that developer Press Play had been bought by Microsoft.

As anecdotal evidence, one Steam Community post included the following quote from a member of a delisted collectors group, “I have tried reaching out to the dev who informed me that since they were bought out by Microsoft, they no longer have keys available.”

The game had also been released through its original publisher The Games Company, on Nintendo’s Wii Shop Channel, and on Desura, but all of these storefronts shut down independently, taking the game off of sale on these platforms. As of this writing the game remains available as a digital exclusive on PlayStation 3 where it is now published by PAN Vision AB and on iOS. Physical versions of the original release are available for Nintendo DS and PC.

“Something incredible is happening in this unique adventure! Max just drew a terrifying monster with his new marker and now it’s alive and wreaking havoc in his drawings! He doesn’t have any choice but to stop the monster if he wants to save his pictures. In a new kind of gaming style, Max & the Magic Marker combines tried-and-tested 2D jump n run feel with the innovative option of directly influencing the level design. Here, Max is able to change every level with his magic marker so that all obstacles can be overcome, traps avoided and puzzles solved in order to send the monster back to where it came from.“