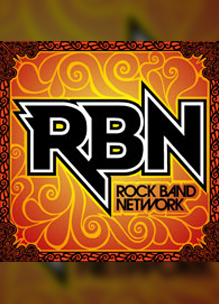 The Rock Band Network was shut down — and all songs removed from sale — on Nintendo Wii, PlayStation 3, and Xbox 360 in February of 2018. Previous to this, Harmonix announced that no new tracks would be added to Rock Band Network on the Nintendo Wii after January 18th, 2011 and on PlayStation 3 after April of 2013. Updates continued for a short time on Xbox 360 until around June of 2013. After being removed from sale, Harmonix announced in May of 2018 that some of the most popular tracks from Rock Band Network would be added as traditional DLC songs for Rock Band 4.

The Rock Band Network was a downloadable content service designed by Harmonix with the help of Microsoft to allow musical artists and record labels to make their music available as playable tracks for the Rock Band series of rhythm video games, starting with Rock Band 2. It was designed to allow more music to be incorporated into Rock Band than Harmonix themselves could produce for the games, and it was seen as a way to further expand the games’ music catalog into a wide variety of genres. Wikipedia

Between 2010 and 2018 over 2,000 tracks were available across all platforms through the Rock Band Network. Less than 200 of these tracks have since been added to Rock Band 4.

Thanks to SamSkeledoot for submitting this game to the site