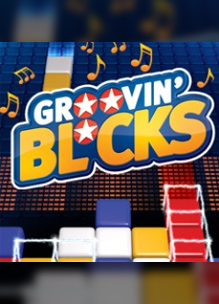 The earliest question of Groovin’ Blocks’ availability came on April 18th, 2013 in a PlayStation.com forum post. A user was unable to find the game on the PlayStation Store and the discussion ended after receiving no response from Sony or the game’s developer.

The WiiWare version of the game remained available until the Wii Shop Channel’s closure in January 2019, which indicates the delisting is related to the PlayStation 3 and PSP publisher, Sony Online Entertainment. Sony’s sale of SOE resulted in numerous delistings in 2015 but Groovin’ Blocks predates this by nearly two years. The implication is that Groovin’ Blocks was an under performer and SOE chose not to renew its listing on the PlayStation Store.

It’s time to get your PlayStation®Network groove on! Groovin’ Blocks is the ultimate combination of challenging puzzle game set to irresistible musical beats. Match three or more gems and watch them disappear; explode gems to the beat of the music to double your multipliers and increase your score! If you can keep your groove going till the end of a song without gems touching the top, you’ll advance to the next level. Reach the high scores on each of the 27 stages and collect stars to unlock 15 levels of power-ups! Groove with your friends in local co-op or head-to-head modes. Groovin’ Blocks features three skill levels ranging from the accessible casual mode to the fiendish hard mode.