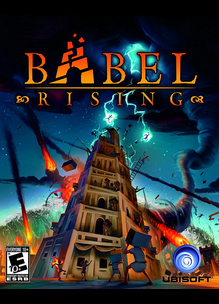 Babel Rising was last confirmed available on Xbox 360 on August 27, 2015. By February 2016, TrueAchievements.com had reported that the game had been removed from the Xbox Marketplace. The game was likely delisted on PlayStation 3 around the same time. The WiiWare version of Babel Rising was delisted no later than November 2015, alongside other Lexis Numérique WiiWare games. Babel Rising was then delisted from Steam on December 21st, 2016. Peculiarly, the game was added to Xbox One backwards compatibility in June of 2016, with only the DLC available to purchase.

The reason for the game’s removal is uncertain. Babel Rising may have been delisted due an expired publishing agreement between Mando Productions and Ubisoft, or the game’s below average reception and technical issues which Ubisoft may have chosen not to address, instead removing the game from sale. Babel Rising has also been delisted from Android, iOS, and Windows Phone.

Babel Rising lets you play as a God and use your powers to prevent humans from building the tower of Babel. Hurl bolts of lightning, cause massive earthquakes, or unleash gigantic floods upon the Babylonians.

This next-gen version of the successful and critically acclaimed iPhone game adds a new depth to its gameplay with 3D.

Thanks to @SeriousNSerial for submitting this game to the site