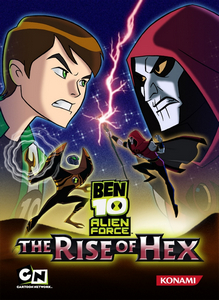 Ben 10 Alien Force: The Rise of Hex was delisted on both Nintendo Wii and Xbox 360. TrueAchievements.com had reported that the Xbox 360 version was delisted on August 31st 2013, after the game was accidentally made free to download. The downloadable version on Nintendo Wii was last confirmed available on July 9th, 2015, and was removed by the next capture in July of 2017. The game was most likely delisted due to the expiration of Konami’s Ben 10 license.