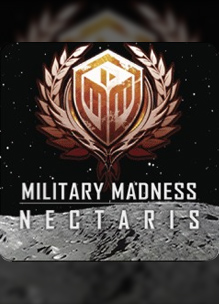 Military Madness: Nectaris remains available on Xbox 360 in all regions, and on PlayStation 3 in Indonesia, Hong Kong, Japan, Korea, and North American territories.

The Military is back for a new generation of recruits! The classic turn-based strategy series Military Madness, aka Nectaris, returns with an all-new graphical barrage and a host of new features. In addition to the single-player campaign, you and your allies can wage war offline or online in 4-person multiplayer, either in teams or every man for himself. As you bask in the glow of victory or suffer crushing defeats, check the online leaderboards to compare your skills against those of other generals. There’s even an all-new multiplayer-only unit, the Commander, which has 20 unique abilities to turn the tide of battle. This is the maddest game in the series yet!