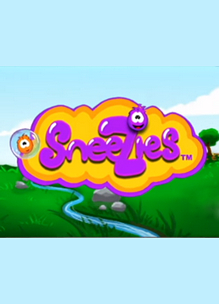 On both Nintendo’s and Electronic Art’s support pages, the game is included in titles affected by the 2014 shutdown of GameSpy. Although Sneezies is a single-player game it used GameSpy’s services for high score tracking. It is uncertain if the discontinuation of GameSpy caused the game’s removal in 2014 or if it remained available for some time after.

It is also possible that EA’s purchase of Chillingo in 2010 could be the cause for the delisting. The game might have been delisted shortly after release or within 3-5 years as was typical with digital games of this era.

“Sneezies is an overload of cuteness! Grab a cup of coffee, sit back in your favorite plush chair and enjoy soothing, relaxed game play featuring fantastic graphics and sweet melodies. Use your Wii Remote™ controller to drop a burst of sneezing powder into the field of floating Sneezies and watch as they sneeze themselves out of their bubbles in a marvelous chain reaction.

Try to rescue as many Sneezies as you can. Sneezies features beautiful graphics, varied backgrounds, hilarious sound effects and soothing background music. Play through 45 relaxing levels of Sneezies in the Classic Mode or unleash your skills in 15 Challenge Mode levels. Post your high scores online from within the game (broadband Internet access required) and see how you stack up against other Sneezies players around the world.“