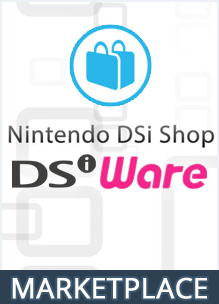 After March 31st, 2017 the DSi Shop contained only the 3DS Transfer Tool to download, information about the closure, and the ability to browse and download previous purchases. This can be seen in our recording made just a few days after the closure took place. At the time of the original announcement in April of 2016, Nintendo’s support FAQ revealed a handful of non-transferable titles:

If you purchased these titles separately via the DSiShop, they will transfer normally during the system transfer process. All DSiWare games currently available will be transferable from the Nintendo DSi to the Nintendo 3DS family system, with the following exceptions:

The only official comment on the closure came from Nintendo’s support FAQ page which stated that “among other things, [closing the DSi Shop] allows us to focus our resources on current and upcoming products and services”. As the DSi Shop was likely operated separately from the Nintendo eShop for 3DS, Wii U, and Switch, it was likely shut down to consolidation resources. On September 29th, 2017 Nintendo would announce a similar roadmap leading to the closure of the Wii Shop Channel for the Nintendo Wii.

The majority of DSiWare releases remained available to browse and purchase from a Nintendo 3DS until January 1st, 2021. On or very near this date, approximately 250 DSiWare titles released between 2009 and mid-May of 2011 (with a few exceptions) were delisted across North America and Canada. Over the next twelve days the great majority of these titles would come back online without explanation from Nintendo. The wave of delistings was possibly caused by an unexpected hardware or network failure, or an unannounced move to consolidate server resources.


DSi Availability & Pages on the Site

We have previously added several delisted DSiWare titles to the site but due to the sheer volume of games and apps to research we will not be adding individual game pages at a regular pace. The table below includes any DSiWare titles already on the site and may be expanded to include other known delisted releases. We suggest referring to Wikipedia’s extensive list of games and applications to find specific titles, territories, and release information.

Miami Nights: Life in the Spotlight!

Mr. Driller: Drill Till You Drop

The Price is Right*