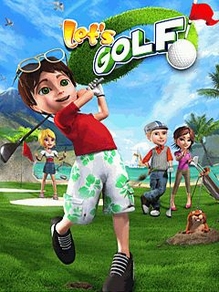 Let’s Golf was delisted from the Nintendo 3DS eShop on or before March 7th, 2019. This is the earliest date where a Google Cache archive shows that the game’s Nintendo.com page was online but with no option to buy. In 2011 the game was superseded by a sequel, Let’s Golf 3D for the 3DS, and it may have been delisted around this time.

However, it is also possible that the game was delisted on March 31st, 2017 when Nintendo shut down the DSi Shop and announced that Let’s Golf would not be transferable from a DSi to a 3DS.

“Grab a club, take a swing and pray for a birdie! Discover a fun-filled experience accessible to anyone. Choose from 4 customizable characters and challenge 45 holes in 3 locations in full 3D: Fiji Beach, the English Countryside and the Scottish Lochs. Enjoy simple controls and even blow into the microphone to add spin to your ball. Take photos with the Nintendo DSi Camera to add them to your profile. Play Hot Seat Multiplayer with friends (on the same Nintendo DSi system) & see who’s the best!“