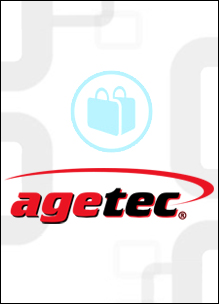 Several of these titles were handled by different publishers in Japan and have also been delisted, although dates have been hard to identify. Meanwhile, all of the titles published across Europe by Agetec remain available on the Nintendo 3DS eShop as of January 20th, 2021. It is likely that the cause for these North American delistings is Agetec’s standing as a Nintendo of America publisher. The company has been dormant since 2016 and likely did not meet the requirements to keep their titles online across North America. These rules apparently differ across Europe.

The table below contains the affected titles, denotes their territorial releases, and their availability as of this writing. Each title links to its GameFAQs page where you can find specific release dates. An asterisk indicates an Extinct title that is no longer available anywhere.

Agetec Inc. (“ASCII Game Entertainment Technology”) was an American video game publishing company that is best known for bringing Japanese titles to the United States. The company was formed through ASCII Corporation spinning off their American distribution subsidiary as an independent corporation in 1998, and later bought by Universal Interactive one year later. As of May 2018, many of the Agetec games that were formatted for the Nintendo ports were delisted or removed from the Nintendo eShop in North America. -Wikipedia page