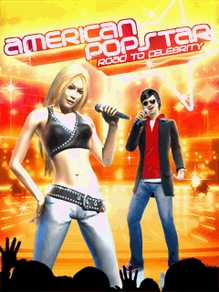 American Popstar: Road to Celebrity was delisted from the Nintendo 3DS eShop on or before May 13th, 2019. This is the earliest date where a Google Cache archive shows that the game’s Nintendo.com page was online but with no option to buy.

There are lots of different tasks to take on as you travel the road to fame. Wash dishes in a café to pay for your food as you strive for stardom, or show off your latest dance skills on the dance mat at home! Talk, share activities and be friendly or unfriendly with numerous characters. You can also customise your character’s name and appearance and develop skills and personality through your actions.

There are four musical mini-games: Guitar, Singing, Drums, and Dance. Record your voice, take your own photos, and sign autographs! And why not pair up with friends and take on the two multiplayer modes for 2-4 players?“