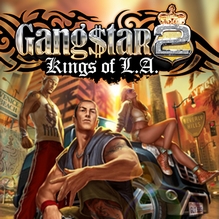 We received word on June 27th, 2019 via Twitter that Gangstar 2 had reappeared on the Nintendo 3DS eShop. Upon further investigation we found that the game had only returned in North America and that a Nintendo.com page no longer existed for the title; it can only be found directly from a Nintendo 3DS. The reason for its return is uncertain and as of this update Gameloft’s other delisted DSiWare titles remain delisted. The original delisting details follow.

Gangstar 2: Kings of L.A. was delisted from the Nintendo 3DS eShop on or before May 17th, 2019. This is the earliest date where a Google Cache archive shows that the game’s Nintendo.com page was online but with no option to buy.

“Move to the West Coast and immerse yourself in Los Angeles gang life with Gangstar 2: Kings of L.A. Complete 75 different missions that combine the best of action games and driving games.“