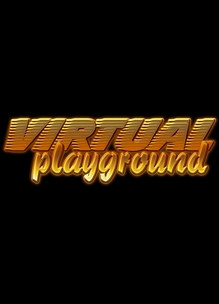 Virtual Playground’s numerous DSiware and 3DS titles were likely delisted in North America no later than the end of 2018. As of this writing, all of these titles remain available on the European 3DS eShop where they are published by Microvalue, Virtual Playground’s parent company.

It appears that either Microvalue retired its North American publishing efforts under the name Virtual Playground or the division lost its publisher status with Nintendo and the games were removed. Many of these titles are also available on PC through online game portals such as Big Fish Games.

Below is a listing of Virtual Playground’s DSi and 3DS releases:

“At some point Flair Software changed its name into Microvalue and became focused on publishing instead of developing games. The company seems to be defunct, since it hasn’t published any games since the end of the 1990s and the current website has been ‘under construction’ for some years now.

The games Trolls and Oscar were remade and re-released in 2010 as Nintendo DSiware by Virtual Playground (that is part of the Microvalue group of companies) under the new titles Oscar in Toyland (since the Trolls licence couldn’t be used any more) and Oscar in Movieland. In 2011 Virtual Playground also released two new original Oscar games (Oscar in Toyland 2 and Oscar’s World Tour) for DSiware.“
– Wikipedia page

Thanks to BowzasaurusRex for submitting this info to the site