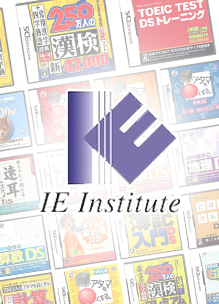 Thirty-three digital releases from publisher IE Institute were delisted from the Nintendo 3DS eShop in Japan on June 30th, 2021. A message was delivered to 3DS owners in Japan to inform them of these delistings but it appears it was not sent until after the titles were already gone. None of IE Institute’s titles for Nintendo platforms were released outside of Japan.

With their last software release in 2014, it seems likely that IE Institute is no longer an active Nintendo publisher and may have ceased business operations entirely. The last recorded change to the company’s homepage was in 2017. Between November of 2018 and Spring of 2020 the site was revised to a single page with basic company information.

Unfortunately, all but seven of the thirty-three titles were digital exclusives meaning they are considered extinct. The rest remain available on physical media for Nintendo DS and 3DS alongside many other retail-only releases from IE Institute. The table below contains the delisted titles with their Japanese and Google translated English titles as well as an archive link to their respective nintendo.co.jp pages.

From IE Institute homepage: An unparalleled number of software titles for Nintendo DS — 72 for educational software alone! We are the No.1 publishing company in Nintendo DS platform in the World. Many titles have sold more than 1,000,000 copies!!

From Spong.com: Established in 1999, IE Institute is a developer and publisher of education and learning software. Based in Tokyo, Japan, the company earliest products include the “Square and Circle” series of PC titles, covering subjects as diverse as Maths, Languages, Science and Social studies. In addition to PC, IE Institute has released titles for Apple iOS, Wii, DS, 3DS and also video-only DVD titles.

The playlist below contains various commercials and videos from several IE Institute releases found on their official YouTube channel which was last updated in 2013.

Thanks to BowzasaurusRex for submitting the info to the site