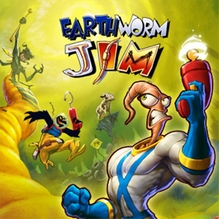 Earthworm Jim was likely delisted from the North American Nintendo 3DS eShop no earlier than July of 2018. Friend of the site Bowzasaurus Rex was able to purchase it on July 9th. The delisting was likely due to expired licensing between Gameloft and the Earthworm Jim rightsholder, Interplay. Earthworm Jim HD on PlayStation 3 and Xbox 360 wasdelisted shortly before this, in February of 2018.

Earthworm Jim was previously delisted from the DSi itself on March 31st, 2017 when Nintendo shut down the DSi Shop.

“The classic platformer is back with all the spirit & gameplay of the original, plus a never-before-seen feature, exclusively on the Nintendo DSi system. Jim was an ordinary earthworm, but one day a super-suit dropped to Earth and landed on Jim, mutating him into a large and intelligent (at least by earthworm standards) superhero. Play as the grooviest earthworm in the galaxy and explore a crazy universe full of huge gameplay possibilities. Earn bonuses for completing facial-expression-based challenges where you’ll have to smile, frown and contort your face for the inner camera.“