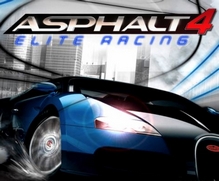 Asphalt 4: Elite Racing was delisted from the Nintendo 3DS eShop on or before April 29, 2019. This is the earliest date where a Google Cache archive shows that the game’s Nintendo.com page was online but with no option to buy. However, it is possible that the game was delisted on March 31st, 2017 when Nintendo shut down the DSi Shop and announced that Asphalt 4 would not be transferable from a DSi to a 3DS.

“The world is your racetrack! Choose among 28 dream cars and motorcycles from prestigious manufacturers. Race your way through 8 of the most renowned cities in 3D, using either standard or Touch Screen controls. Customize and tune your vehicles in the garage, then take photos to create a custom icon. From Paris to Dubai, race through busy streets in 6 modes plus 4-way Multiplayer. Avoid police, demolish competitors and pass the leader to win and become an urban racing VIP!“