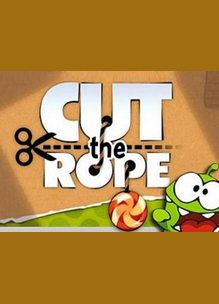 The original version of Cut the Rope for the Nintendo DSi (3DS eShop) may have been delisted across Europe as early as 2011, or potentially between 2015 and 2017, but no later than June of 2020 when we confirmed it was no longer available.

The game was released by Chillingo after the company had been acquired by Electronic Arts in 2010. Although Chillingo was the publisher, ZeptoLab retained the rights to the franchise after EA’s acquisition. Similar to another Chillingo release on DSi — Dracula: Undead Awakening which has also been delisted in Australia and Europe — Cut the Rope may have fallen under different terms outside of North America.

It is possible it was delisted shortly after release or within 3-5 years as is typical with digital games of this era. As of June 2020 Chillingo’s version of Cut the Rope remains available exclusively on the Nintendo 3DS eShop in North America. Newer versions and spin-off titles are now published by Zeptolab themselves.

“Think inside the box. A mysterious package has arrived, and the creature inside has only one request…CANDY! Help get the candy to Om Nom, the adorable monster, in this highly innovative and addictive puzzle game that combines outstanding physics, devilishly tricky levels, and bright colorful visuals.“