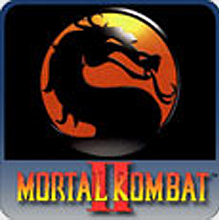 In January of 2007 Midway Games and Sony Online Entertainment announced a collaboration to bring six downloadable Midway titles to the PlayStation 3. In the wake of Midway’s bankruptcy and closure in 2009 all six titles were delisted after their Xbox 360 counterparts. The games were put on sale one final time through the last week of June 2010 and were likely delisted shortly thereafter. The six games include:

“Get Over Here! Come re-live all the fatalities that made Mortal Kombat II® a beloved classic! Play as 1 of 12 characters as you venture through realms, such as The Dead Pool, Kombat Tomb or Kahn’s Lair. Battle all of your favorite villains such as Shao Kahn or Shang Tsung and unlock hidden characters including Noob Saibot. Decide your enemies’ fate with three different special endings and prepare to Finish Him! Download now!“