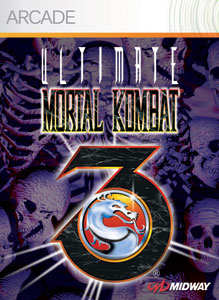 “Enter the world of ULTIMATE Mortal Kombat 3 and discover 22 playable characters, classic fatalities, brutalities, friendships and babalities with tons of environments, and multiplayer Kombat Mode as you fight to defeat Shao Kahn!“