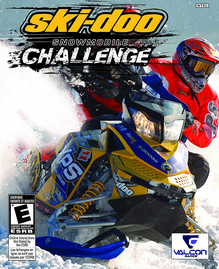 Ski-Doo Snowmobile Challenge was most likely delisted in the first week of January 2018. TrueAchievements.com posted a delisting roundup on January 9th featuring nine titles from publisher Valcon Games. As of August 2019 each title remains available to download on Steam, PlayStation 3, or both (as well as on physical media for various platforms).

“Take to the snow with the most comprehensive and exciting Snowmobile game ever made. Compete in adrenaline filled snow cross races, extreme hill climbs, and gravity defying stunt challenges as you try to win it all. Featuring 20 fully authentic Ski-doo snowmobiles presented in HD for the first time along with accessories and clothing from the full Ski-Doo range.“