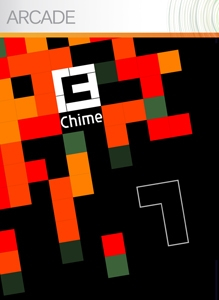 Chime was most likely delisted in the first week of January 2018. TrueAchievements.com posted a delisting roundup on January 9th featuring nine titles from publisher Valcon Games. As of August 2019 each title remains available to download on Steam, PlayStation 3, or both (as well as on physical media for various platforms).

“Single player game seeks significant gamer for musical puzzle fun. Me: unique, compelling, creative and demanding. You: quick-witted and open-minded with sharp reactions and a deep love of music. Let’s get together and play something beautiful. Featuring music by Moby, Paul Hartnoll (Orbital), Philip Glass, Fred Deakin (Lemon Jelly) and Markus Schulz. No less than 60% of the purchase price of Chime will go to charity.“