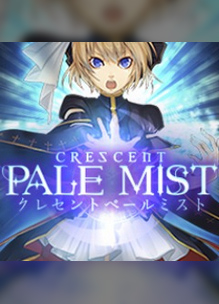 Crescent Pale Mist was delisted no later than November 9th, 2015 in the US and is one of many delisted titles from the studio formerly known as Sony Online Entertainment. The game was available on the European PlayStation Store but was delisted between August 2016 and July 2017.  Rockin’ Android had secured the license to bring the game to Steam and in January of 2015 launched a Greenlight campaign. Though successfully greenlit, this announcement was the first and last update to the page and the project seemingly fell through. As best we can tell Crescent Pale Mist is now Extinct.

“Master ancient magic to save the world from imminent destruction with Crescent Pale Mist, now available on the PlayStation®Network! In the beautiful and explosive side-scrolling dimension of Gasyukal, you’re Yunou – the only magician powerful enough to control the mysterious and volatile magic known as Pale Mist. Charge into six chapters of non-stop action, twisting and turning through levels of would-be assassins, hard-hitting sorcerers and supernatural monstrosities around every turn. Reign supreme over your competition to climb the leaderboard and gather all 11 PlayStation Network trophies.“