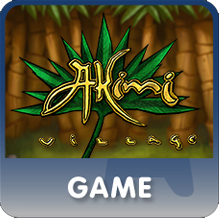 Akimi Village on PlayStation 3 was delisted no later than July 7, 2015, and is one of many delisted titles from the publisher formerly known as Sony Online Entertainment. On July 7th, NinjaBee posted on their Facebook and Twitter page that Akimi Village was removed from the store without SOE notifying them. NinjaBee staff initially commented on a now removed NinjaBee forum post that they would work with Sony to try and bring the game back, but their tone has since shifted to one of silent resignation.

“Get swept away to a mysterious, floating island in the sky in Akimi Village, a city-building game from NinjaBee! Help the tiny Akimi build their village and spread light to free their island from the grip of the Gloom’s thick shadow. Put the cheerful villagers to work harvesting and refining resources. Unlock blueprints and piece together dozens of unique buildings! Purify the island, defeat the Gloom and build a beautiful living city!“