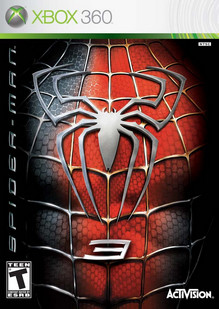 The Xbox 360 Games on Demand version of Spider-Man 3 was confirmed delisted on January 1, 2014.

“Experience an all-new combat system, two exciting ways. Redesigned from the ground up, a unique combat system empowers both Spider-Man and Black-Suited Spider-Man to perform suit-specific powers and abilities. State of the art animations, combos and finishers make punch, kick and web attacks more super-heroic than ever. Battle 10 of Spider-Man-s most infamous enemies from the movie and Marvel universe, including Sandman and Venom.”
– GameFAQs description