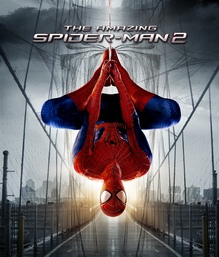 “The Amazing Spider-Man 2 takes place alongside the events of the second film in a unique story as Spider-Man searches for Uncle Ben’s killer. You’ll encounter both new foes and old friends as you discover a larger threat to New York City. Fan-favorite Marvel characters are woven together with movie villains in a twisted web of adrenaline-fueled, free-roaming, web-slinging action!“