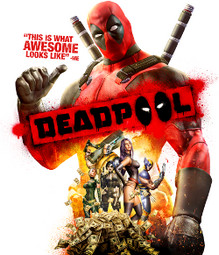 Deadpool was delisted on Steam, Xbox One, Xbox 360, PlayStation 4, and PlayStation 3 on November 16th, 2017. The removal comes exactly two years after the game made its debut on PlayStation 4 and Xbox One and is due to the expiration of Activision’s license of Deadpool from Marvel.

On December 31st, 2013 the digital versions of the game on Steam, PlayStation 3, and Xbox 360 were delisted for the first time, just six months after their release. With the buzz around the upcoming Deadpool film, Activision renewed the license, ported the game to newer consoles, and relisted the original versions for sale a year and a half later in July of 2015. They were delisted two and a half years after returning.

“There are a few important things I need to say before you crack into my insanely sweet game. (Oof. Here we go again.) I’m a mercenary with an accelerated healing factor. I’ve been described as unstable, which is just plain coo-coo. (Wait, do sane people say coo-coo?) I’m gonna battle for the safety of humans and mutants. (And even mumans.) Be prepared for just about anything. (Holla!)