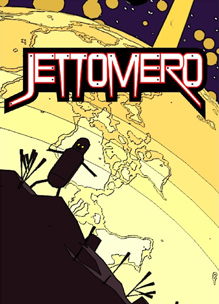 Play as Jettomero, a giant, indestructible, and incredibly clumsy robot determined to save the human race. Explore a procedurally generated universe by flying through space and landing on planets while trying not to destroy everything in your path. Relax as you blast through the cosmos on a hero’s uncertain quest. Will you ever save the humans? Jettomero offers a unique and charming experience for players of all backgrounds.