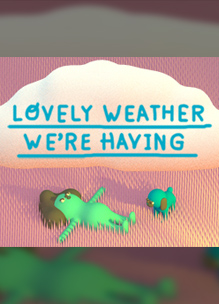 An atmospheric 3D explorer thingy about going outside with a dog.