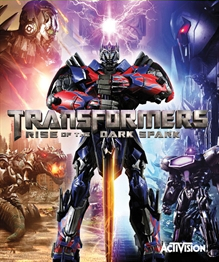 Transformers: Rise of the Dark Spark was delisted on Steam, PlayStation 3, and PlayStation 4 on December 21st, 2017. The game was on sale on Xbox 360 and Xbox One and remained available digitally through December 31st. The Wii U version is listed as available on Nintendo.com’s website but leads to an error page when trying to purchase. This version was presumably also delisted by December 31st, 2017.

“Play as your favorite characters from both TRANSFORMERS: Age of Extinction and Cybertron universes!“