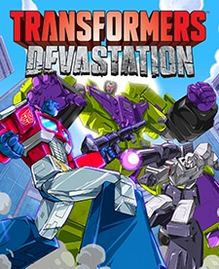 “The TRANSFORMERS are back, and this time they’re in the hands of acclaimed developer PlatinumGames, who have combined their over-the-top brawler action with comic book inspired art to create a TRANSFORMERS game like none other.“