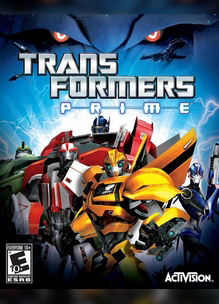 Transformers Prime was confirmed to be delisted no later than August 16th, 2018 when a reader submitted it to the site, but it was likely delisted by the end of 2017. The downloadable version of the game was last confirmed available in mid-December 2015 where it was on sale in Europe. The game was likely delisted on or before December 31st, 2017, when other Transformers titles published by Activision were removed after Activision’s Transformers license expired.

Help OPTIMUS PRIME and the AUTOBOTS join forces with human friends Jack, Miko and Raf to save the Earth from MEGATRON and his new secret weapon.

Play as one of your favorite AUTOBOT characters as you battle through unique vistas around the world to help defeat the DECEPTICONS. Continue the battle in Multiplayer Mode with 11 playable characters.

Thanks to DarkShard for submitting this game to the site