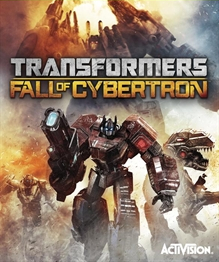 Transformers: Fall of Cybertron was delisted on Steam, PlayStation 3, and PlayStation 4 on December 21st, 2017. The game was on sale on Xbox 360 and Xbox One and remained available digitally through December 31st. Like many previous licensed Activision franchises Transformers: Fall of Cybertron was delisted at the end of the year in which the license expired alongside several other titles in the Transformers series. See the linked pages to the right for more.

Transformers: Fall of Cybertron remains available on physical media for all platforms except Steam, PlayStation 4, and Xbox One.

“TRANSFORMERS: Fall of Cybertron transports you to the final days of the planet Cybertron where you will experience the darkest hours of the apocalyptic war between the Autobots and Decepticons. Embark on an adrenaline-fueled journey through a wide range of missions and massive environments designed around each character’s unique abilities.