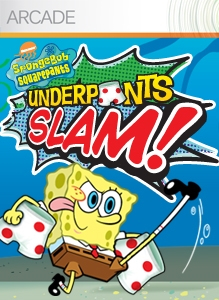 In March of 2018 THQ Nordic announced that they were planning to revisit several of the former THQ’s titles based on Nickelodeon properties. Shortly thereafter, Avatar: The Last Airbender: The Burning Earth reappeared as a download on Xbox 360. Many months later, in August of 2018, Spongebob Squarepants Underpants Slam! made a quiet return to sale. The Xbox.com page for the game still lists the defunct Blitz Arcade studio as the developer but reflects THQ Nordic as the publisher. The previous delisting information follows.

SpongeBob SquarePants Underpants Slam! was last confirmed as available on September 10th, 2012. An Xbox.com forum post confirms it was no longer available as of July 9th, 2013 but the game was likely delisted closer to the beginning of that year when publisher THQ was officially rendered defunct. Blitz Games Studio itself was forced to close in August of 2013 and current Spongebob license holder, Activision, has expressed no interest in resurrecting the Xbox 360 title.

“SpongeBob SquarePants Underpants Slam! is a fast-paced, side-scrolling multiplayer slapstick collect ’em-up, set deep in the ocean. An incredibly powerful storm current has disrupted a Royal Laundry shipment of the undergarments of Neptune, Lord of the Sea, and has spread his unmentionables across the bottom of the ocean. Neptune now calls upon all the common fish to collect his lost undergarments, and fix this “delicate” situation.”