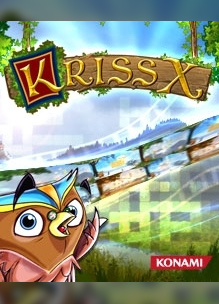 KrissX was delisted from Steam on September 12, 2013 immediately following the closure of Blitz Games Studio on that same day. KrissX was developer Regolith Games’ first and only release, indicating that the studio had gone defunct shortly after the game’s release. According to a Steam forum post, their domain registration expired in late-2012.

The Xbox 360 version was co-published by Konami and was not picked up by the publisher after Blitz and Regolith Games closures. A version was also released on Facebook which has since been removed but as of March 2022 the game remains available on PC via Big Fish Games and WildTangent Games‘ storefronts.

KrissX is a captivating and relaxing mix of puzzle game and word game. Swap letters and decipher clues to solve a series of clever puzzles. Conquer a huge variety of puzzles in Quest Mode and tackle the exciting Time Attack challenge. Relax with Timeless Mode and exercise your brain with engaging Special Puzzles. KrissX creates new puzzles each time you play, so you can keep on coming back for more – you’ll never see the same puzzle twice. You can even create your own word puzzles to share with friends! KrissX is easy to play but difficult to put down!