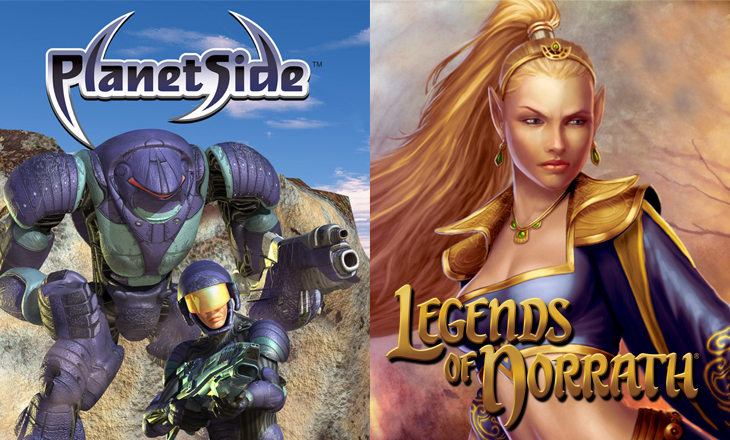 On Friday June 17th, just after the close of this year’s E3 show, Daybreak Game Company announced two upcoming server shutdowns and subsequent delistings. The first is the original PlanetSide which will be shutting down on Friday, July 1st at 4:00 PM PST.

Daybreak has continued to support the original game for fans who couldn’t or didn’t want to make the switch to PlanetSide 2 while continuing to update and expand the sequel. However, Daybreak looks to once again be tightening its belt and explained the decision in a post on the PlanetSide 2 site.

“PlanetSide 1 has a very important history with Daybreak Games and a special place in the hearts of those who work on its successor. While we have run the game for free since 2014, due to evolving business needs and technical requirements it has become necessary to conclude this service.”

Daybreak also announced on June 17th that Legends of Norrath, the collectible card game counterpart to the EverQuest universe will be shutting down on Wednesday, August 17th at 12:00 PM PST. The decision seems to be in line with the PlanetSide 1 shutdown which Daybreak explained in a post on the game’s official site.

“Legends of Norrath has not had an active development team for quite some time and in the best interest of our company and players, we have made the difficult decision to close the servers.”

The game is playable through a standalone client or from within EverQuest and EverQuest II. Loot rewards from Norrath are transferable to EverQuest characters and Daybreak is giving fans until Monday, July 18th to buy booster packs and monthly All Access Memberships to stock up before the shutdown. More details on how Daybreak is handling loot from Norrath are available on the game’s site.

Now for some speculation. Are these shutdowns just standard housekeeping or is this a more desperate grasp for Daybreak to stay profitable? Daybreak Game Company was founded just over a year ago when Sony sold their Sony Online Entertainment studio to investment firm Columbus Nova. Just two weeks ago the company appointed Jack Emmert as the new CEO of the Austin-based studio and three months before that they cancelled development of EverQuest Next which had been in the works since 2009.

The companion to EverQuest Next, the MMO sandbox title Landmark remains in active development alongside DC Universe Online, H1Z1 and PlanetSide 2. Daybreak also operates around thirty additional servers to support EverQuest and EverQuest II. Will the reclaimed resources from PlanetSide 1 and Norrath help buy Daybreak some time to build a new EverQuest from scratch? With the split from Sony the studio has already seen twenty delistings of console titles and retired numerous other MMOs before that. If things turn worse for Daybreak there are several dozen other titles that would be delisted in the wake of a closure.

I’ve added dates for PlanetSide 1 and Legends of Norrath to the Watch List calendar and you can find more delisted games from Daybreak/Sony Online Entertainment here.