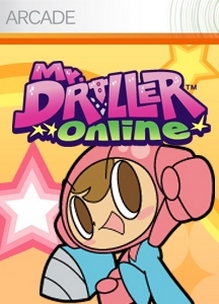 Mr. DRILLER Online was last confirmed to be available on the Xbox 360 in North America on April 8th, 2018. The game may have been delisted closer to March of 2019 when several other Namco titles including Mr. Driller on PlayStation 3 and Mr. Driller: Drill Till You Drop on Nintendo DS and 3DS were likely delisted. However, the game remained available on Xbox 360 in Australian, European, and Japanese territories until being delisted there some time between Late 2020 and November of 2021.

The Xbox One backward compatible releases were then confirmed to be delisted on April 10th, 2022 in all regions except for Japan, however they may have been removed as early as March 2022.  The cause for these interspersed delistings is unclear but may be related to NAMCO’s business operations and how they differ between territories.