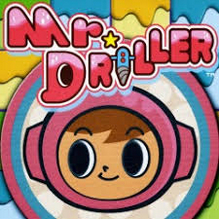 Mr. Driller was delisted from the PlayStation Store for PlayStation 3, PlayStation Portable, and Vita no earlier than March 29th, 2019. This is the latest date that a Google Cache archive shows the game available alongside at least two other Namco titles. It is also likely that Mr. Driller: Drill Till You Drop on the Nintendo eShop was delisted on or near this same date. All four related titles were submitted to the site by an anonymous source within a day of each other.

“Purchase this PS one® Classic and play it on both your PS3™, PS Vita and PSP® (PlayStation®Portable) systems! Big bright blocks have buried Downtown! Digging through Is going to take a professional. Mr. Driller is the perfect choice and he’s ready to drill.“