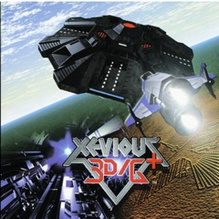 XEVIOUS 3D/G+ was delisted from the PlayStation Store for PlayStation 3, PlayStation Portable, and Vita no earlier than March 29th, 2019. This is the latest date that a Google Cache archive shows the game available alongside at least two other Namco titles. It is also likely that Mr. Driller: Drill Till You Drop on the Nintendo eShop was delisted on or near this same date. All four related titles were submitted to the site by an anonymous source within a day of each other.

“Clones from the planet Xevious are invading Earth. Jump into the starship SOLVALOU in this updated classic as you fight against the forces of supercomputer GAMP.“