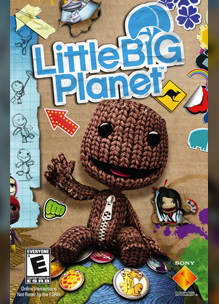 LittleBigPlanet (PSP) [aka LittleBigPlanet Portable] was delisted on the PlayStation Portable in Australia, Europe, and Japan at some point between October of 2019 and January of 2021. A commenter on reddit confirmed that the PSP release was still available in Europe in late October of 2019 and we confirmed that it had been delisted by mid-January 2021.

Previously, all versions of the game lost their online and multiplayer support on July 31st, 2016. This may have eventually led to the decision to remove it from sale in various territories but so far there has been no confirmation of why the game remains available only in North America.

“LittleBigPlanet™’s critically acclaimed experience makes its way to the PSP® system with a completely new Sackboy™ adventure. Platform through 35+ levels and collect prize bubbles, costumes, and “”CREATE”” materials. CREATE your own levels and challenges with the easy to use POP-IT tool.“