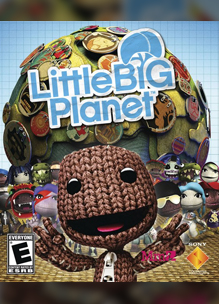 LittleBigPlanet was delisted on PlayStation 3 in Australian and European territories between late October and early November of 2019. Most entries in the LittleBigPlanet series were last featured in a European PlayStation Store sale in April of 2019. On October 29th, 2019 several reddit posts confirmed that the game had recently been delisted. The cause for the territorial delistings is uncertain but could possibly be related to specific licensed content found in the game or a broader initiative by regional Sony offices to consolidate offerings among the LBP franchise.

Nearly a year later Sony’s official hub for LittleBigPlanet creators, LBP.me, went offline in November of 2020. At the time it was explained to be “backend updates and maintenance” but as of March 2021 the site has yet to return or its absence explained by Sony.

It’s a new kind of game that unleashes the creativity in everyone. Design your own character and play over 50 awesome developer levels packed with dangers to navigate, races to win and puzzles to solve. As you play you will learn the skills to build a world of your own by earning creative tools and collecting hundreds of items. Use these items and tools to shape amazing levels of your own, featuring puzzles, challenges, and enemies of your own design. When you are ready, go online to access the LBP community and Share your creations for everyone to play.

LittleBigPlanet™ is a world with no limits – a world that’s yours to shape, build and explore.“