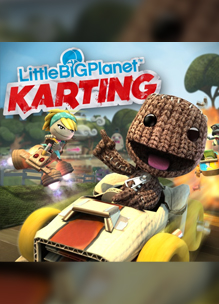 LittleBigPlanet Karting was likely delisted on PlayStation 3 in North America in July of 2018, either on or shortly after the game’s multiplayer servers were shut down on July 2nd. Discussions on PSNProfiles forums mention the game being listed as “free” by July 31st, 2018 but many reported being unable to actually claim it by that date. As of March 2021 the game continues to be available to buy in Australia and across Europe with the following note on the game’s page:

You will no longer be able to access the multiplayer modes or use the online features for LittleBigPlanet™ Karting on PlayStation®3 from 2 July 2018. Offline single player mode is still accessible. You can still make your own content, but cannot share your creations with other online players.

It is unclear why the game was delisted only in North America especially considering that other entries in the series have only been delisted in Australia and Europe.

“Craftworld is in danger! The alien Hoard is stealing Prize Bubbles, the building blocks of creativity, and the citizens need a new hero – one that loves to go fast. Pull on your driving gloves and floor the accelerator as you race to save Craftworld from the clutches of the Hoard in an action-packed karting adventure. Customise racetracks, karts, costumes and weapons in true LittleBigPlanet™ style and take down the Hoard or lap your friends and foes in unpredictable multiplayer races. Sackboy™, start your engine.“