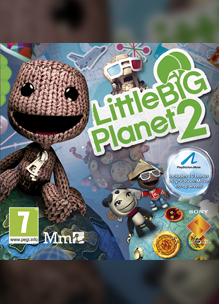 LittleBigPlanet 2 was delisted worldwide on PlayStation 3 in mid-January of 2021. Reports of the game’s removal began circulating online around January 18th. As of March 2021 Sony has given no explanation but speculation suggests that possible licensed content featured in this particular entry in the series could be the cause. Previously, in November of 2020, Sony’s official hub for LittleBigPlanet creators at LBP.me went offline. At the time it was explained to be “backend updates and maintenance” but as of March 2021 the site has yet to return or its absence explained by Sony.

Sackboy™ is at it again! Join Sackboy™ and a lively cast of characters in a completely new PLAY CREATE SHARE™ adventure. As Sackboy™ gets recruited into The Alliance, you’ll journey to several unique worlds filled with new challenges, learn to control new tools, and discover a whole new way to play LittleBigPlanet™.

A world of PLAY is at your fingertips! Whether it’s the 50 plus levels in the whimsical storyline, endless multiplayer fun, the over 2 million levels of imaginative user-generated content from LittleBigPlanet™ (1), or the inevitable amount of revolutionary games to be created from the CREATE tools – there’s an infinite amount of gaming fun for you and your friends in LittleBigPlanet™ 2.

CREATE your own games! LittleBigPlanet™ 2 gives you complete access to customize everything – from your Sackboy™ ’s appearance to developing your own videogame. With access to the games’ CREATE tools, your imagination can run wild in creating any type of game you want from racing games, mini-games, action/adventure games, and even multiplayer shooters.“