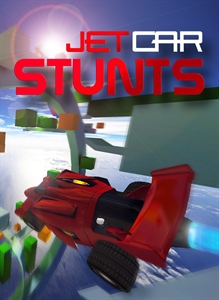 Jet Car Stunts was last confirmed available on Xbox 360 on March 9th, 2017 and was delisted some time between that date and December 11th, 2017. The game remains available on Steam, Xbox One, PlayStation 3, and PlayStation Vita as of December 2017 where it is now published by its developer Grip Digital.

Players will control a Jet Car – the combination of a formula racing car and a jet plane that lets them perform nearly impossible gravity-defying stunts, like driving through loops, jumping over incredible distances, corkscrew manoeuvres, drifting near the edge of the racing track, … all of that in supersonic speed.

Grip Digital, together with True Axis and bitComposer are bringing you this new take on this popular racing franchise, specially crafted for PCs and game consoles, where you will be treated with new race tracks, new jet cars, new game modes, new features and next-gen graphics.“