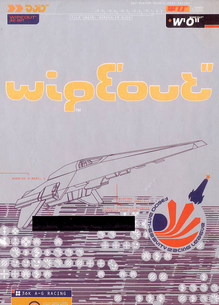 “Purchase this PS one® Classic and play it on both your PS3™ and PSP® systems! Strap yourself in and hit the course at light-speed, blasting your opponents in the only racing game where combat comes as standard. Lightning reflexes rule in this two player race ‘n’ chase thriller that wipes the floor with anything on the track.“