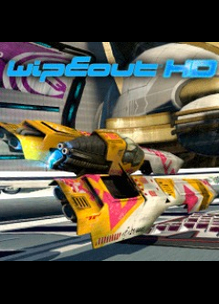 “Get ready to race at blazing speeds and experience futuristic, adrenaline-filled racing action! The iconic anti-gravity racing franchise is back and moving at light speed with WipEout® HD, now with full stereoscopic 3D support for the most realistic and immersive wipEout experience ever.

Delivering High Definition visuals running at a breathtaking 60 frames per second in full stereoscopic 3D, WipEout HD features a selection of the best tracks taken from previous versions of the wipEout franchise, meticulously crafted and fully reworked to showcase the processing power of the PS3 system.